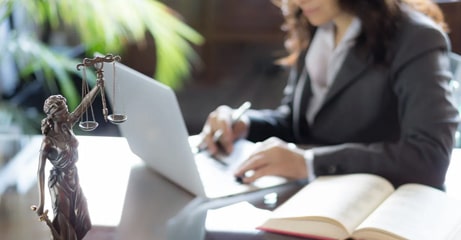 Often the best way to begin sorting out a problem is to talk it through with the other person. Negotiation is a process where you set out what you want (or what you want to achieve) and try to reach agreement with the other person. Negotiation can be done face-to-face, over the phone, or in writing by letter or email. You can negotiate directly, or with the help of a lawyer.
Discussing the problem and negotiating may help stop it becoming worse and avoid expensive court proceedings later. Negotiation is commonly used in everyday life, not just when faced with a legal dispute.

Find out:
why to negotiate
where to begin, and
hints on how to improve the process.

Why negotiate?
There are often many ways to resolve a dispute. Negotiation is one of them. It’s usually better to sort out problems away from the court. Court can be costly, stressful, time consuming and may not lead to the outcome you want. Going to court should be a last resort.
Where do I begin?
In many cases, legal advice may be useful to help decide what your best option is. The steps you take can vary depending on what your dispute is about and the facts of your situation. Some of these suggestions might be useful in deciding what steps to take in your case.

Keep the person separate from the problem

You may not like the other person, their attitude towards, or what they want. It is unlikely to help with resolving the problem if you are rude or get angry with them. Focus on finding a solution, rather than trying to ‘win’ or beat the other person.

Offer benefits for accepting your offer

This can involve trying to persuade the other party to accept your offer.

For example, if you owe money, would they accept a lower amount if you paid it all at once, rather than paying the full debt over time or instead of going to court?

Make sure you can deliver what you offer or agree to

Keep a record of your negotiations

For example, copies of letters; notes of meetings and offers made; names of people who are present during your negotiations.

Usually it is preferable to make offers ‘without prejudice’

This means that what you say in the offer (or the fact that you even made the offer) can’t be referred to in court if negotiations break down and the matter goes to court. Without prejudice is a way of saying that the negotiations are private, to allow the parties to explore the possibilities of settlement of the dispute, without having to worry that what is said or discussed will be used against them later on in court.

This will help stop the other person trying to make you pay extra money or do something else later on.